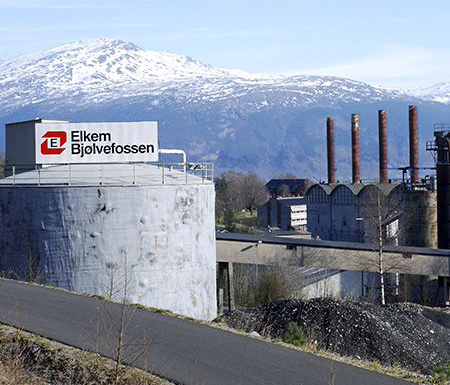 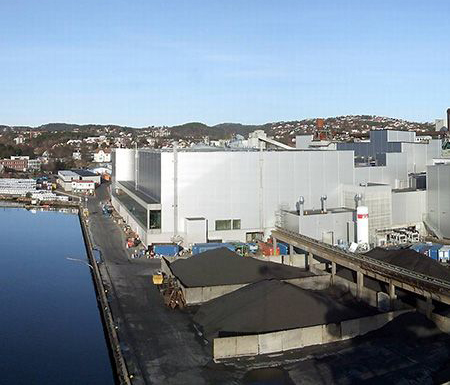 ELKEM ASA (Norway) is a world leader in the production of modifiers for cast irons with various forms of graphite and other foundry materials.

The main products of ELKEM ASA are used in the production of steel and cast iron in the foundry industry:

Alinoc® inoculant is a FeSi75-based modifier with carefully controlled additives of Al and Ca. Specially designed for the modification of ferritic grades of ductile iron. Provides a high number of graphite globules and minimizes carbide formation.

Barinoc® inoculant is a FeSi75-based modifier with carefully controlled Ba and Ca additives. The modifier looks like silver-grey crystals and specially designed for modify medium and large castings due to the long exposure time of this material to the melt. The combination of barium and calcium provides the most optimal modifying effect for this type of casting. Also found a wide application as a primary treatment in the production of ductile iron.

Foundrisil® inoculant is a FeSi75 containing the optimal amount of calcium and barium to provide effective control over the level of chilling defect in grey and ductile iron. It is especially effective for low sulfur grey cast iron when other modifiers are ineffective.

Preseed® cast iron pretreatment material has been specially developed for its additive in the furnace for the production of cast iron. Small Preseed® additives provide the formation of more potential centers of graphite crystallization, thereby reducing the fluctuation of the melt properties from melting to melting and contributing to the production of castings of constant quality. As the practice of using Preseed® has shown, this material effectively prevents the formation of so-called “dead cast irons” (when the melt is aged for a long time before casting), thereby allowing it to be cast in molds and to obtain high-quality castings without any additional costly treatments.

Reseed® inoculant is an alloy based on FeSi75 containing a carefully balanced amount of active elements - calcium and cerium. Such an effective combination can be used for most high-strength cast irons, contributing to an increase in the degree of spherical shape and an increase in the number of spherical inclusions of graphite, especially in thick-walled castings. A large number of spherical inclusions of graphite, a low tendency to chilling defect and an increase in the tendency of cast iron to form a ferritic structure are the main properties of this modifier. In low and medium sulfur grey cast irons, the Reseed® Inoculant modifier promotes the growth of type A graphite, as well as reduces chilling tendency and improves the microstructure of crushed graphite.

SMZ® inoculant – is perhaps the oldest brand of graphitizing modifier used today in many factories. The modifier contains a carefully balanced amount of calcium and aluminum, which provides maximum control over chilling defect. Zirconium, introduced into the composition of the material, contributes to the formation of a greater number of inclusions of spherical (globular) graphite in comparison with conventional brands of ferrosilicon. Manganese is included in the modifier to improve the solubility of the modifier, which allows the use of this material even at very low pouring temperatures.

Superseed® inoculant - a specially developed brand of ferrosilicon, has gained worldwide fame as the most effective modifier for removing eutectic carbides or bleached in grey cast iron. A similar effect of the modifier is achieved due to the presence of a small amount of strontium in its composition. Unlike most other modifiers based on ferrosilicon, it does not require the presence of calcium and aluminum in order to show its effect fully. Aluminum and, especially, calcium significantly reduce the efficiency of modification by materials of the Superseed® family and therefore their content must be controlled at a very low level during production.

Superseed® Extra inoculant is a ferrosilicon modifier developed specifically for the production of grey iron castings. The modifier contains balanced additives of strontium and zirconium, which contribute to the formation of graphite type “A” and reduce the risk of nitrogen porosity. Due to the low content of aluminum and calcium in the modifier, probability of occurrence of hydrogen porosity and slag formation is minimal.

The basis is ferrosilicomagnesium; ELKEM ASA produces a huge range of modifiers for producing high-strength cast iron and cast iron with vermicular graphite. Modifiers can be of any chemical composition and any fraction that is most suitable for a particular processing method — a sandwich process, a ladle treatment, in stream treatment, in-mold treatment, or another method.

CompactMag® alloy has been designed to guarantee maximum production of vermicular graphite cast iron. Economically more profitable than titanium, it minimizes the formation of slag and, accordingly, the probability of slag defects. It contains a carefully balanced amount of Mg, Ca and REM, which is optimal for the production of CGI. The CompactMag® alloy modifier allows mixing of CGI and GGG waste without negative consequences.

Elmag® nodulariser today, the FeSiMg type modifier can be considered as a special product due to the high demands placed on both the modifiers production process itself and the quality of the modifiers produced. Elmag® nodulariser is manufactured in accordance with very stringent requirements that are not applied by any of the existing manufacturers. This allows us to guarantee our customers the maximum degree of absorption of magnesium from the modifier during processing and to ensure the uniformity and stability of the performance characteristics of the modifiers from delivery to delivery.

ELKEM ASA a produces about 120 different brands of FeSiMg and many of them are available in various fractions. Such a large range allows to offer modifiers that are suitable for the treatment of cast iron in ladles of any design, at various temperatures and for the production of any type of castings from HF. The ability to vary the contents of magnesium, calcium, rare-earth metals and aluminum, means that even if you did not find the necessary modifier from our specification, ELKEM ASA can produce a modifier that will suit your special requirements.

Lamet® nodulariser is a ferrosilicomagnesium based modifier containing only lanthanum as a source of rare-earth metals. This modifier reduces the tendency of cast iron to form shrinkage and microporosity in comparison with traditional brands of FeSiMg containing cerium or mischmetal as active spheroidizing elements.

ELKEM ASA has created a special production facility that can provide any cast iron production with high-purity recarburisers. Various types of Elgraph® recarburisers can be used in the production of both midrange and treble and chagron alloys. These recarburisers are very effective and quickly dissolve in cast iron, making them the most suitable for further processing.

The Elgraph® Premium recarburiser is designed to increase the carbon content of grey cast irons and steels, high-purity, especially in terms of nitrogen and hydrogen. High solubility makes it very convenient for the preparation of melts.

The Elgraph® Superior recarburiser is designed to increase the carbon content of ductile iron. It has high solubility and low sulfur, nitrogen and hydrogen content. It can also be used in the final treatment of grey cast iron.

This is just a small selection of ELKEM ASA products for the production of lamellar, nodular and vermicular graphite cast iron when machining in a ladle and when machining in a mold, for casting workpieces with a thick and thin wall. With over 100 chemicals, we will find the right product for you. Additional information is available upon request.

In the near future, our specialist will contact you.
The approximate waiting time is 2 minutes.