Company AHB Giessereitechnik GmbH (AHB) was founded in 1989 in the city Steinen (Germany). For more than 30 years, the AHB specialize in the area of development and manufacturing of the entire range of equipment for production of cores. 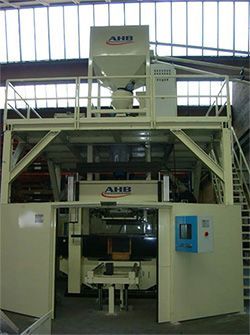 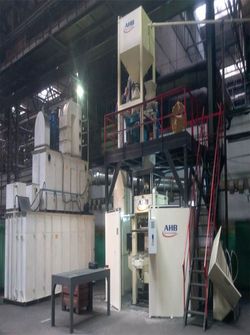 Core shooter machines designed by of the AHB are universal equipment and are designed to provide a three-shift operating schedule in difficult conditions of the foundry (dust, sand, high and low temperatures).

All the basic mechanisms of core shooter machines designed by AHB (moving table, mechanisms for assembling / disassembling the vertical parts of the core box, mechanism for pulling the cores) have a hydraulic drive, which provides the necessary significant clamping force for the parts of box at the time of shooting and blowing of the core. To ensure convenient maintenance and repair, block installation of pneumatic and hydraulic distributors is provided.

According to design, the AHB core shooter machines are single-position universal machines with the possibility of using equipment with horizontal, vertical and combined splitting core box.

The basic design of the AHB machines provides for simple mechanical fixation of parts of the core box, blow-off plate, pusher plates. In addition, vacuum fastening of the side (vertical) parts of the core box is provided, and the Venturi nozzles used do not require maintenance during operation of the equipment. Fixation of an inflatable plate is made mechanically. The duration of replacing the core box with this installation method is about 20 minutes. As a rule, this option is used only for machines with a blow-up volume of up to 30 liters, and where high speed and mechanization of core box replacement operations are not required. 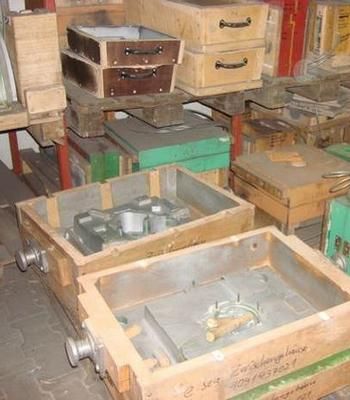 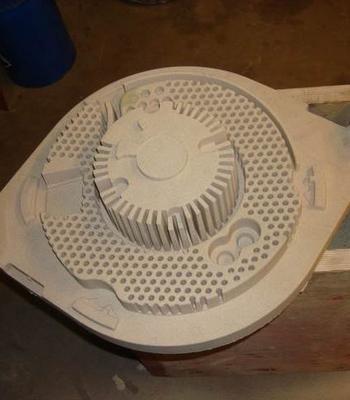 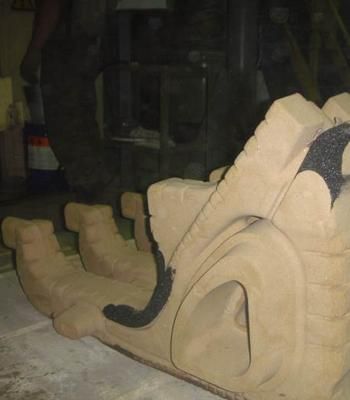 For machines with a blow-off volume of more than 30 liters, the basic option for the delivery of a core shooter machine includes a quick assembly unit for an blowing plate - using hydraulic clamps.

Optionally, in accordance with the customer request, quick assemblies (hydraulic clamps) for the lower and upper parts of the core box can be offered, which allows reducing the time for replacing the core box up to 6 ... 8 minutes.

It should be especially noted that the AHB machines can be used not only metal, but also cheaper and easier to manufacture plastic or wooden core boxes with a horizontal, vertical, or combined splitting line.

The specialists of the company AHB have huge experience in the design and manufacture of core boxes and pattern plates. For example, for a number of foundries in Russia and CIS countries, core box and pattern plates was made for almost the entire range of railway castings — more than 30 items, ranging from small casting to tools for castings “side frame” and “bolsters” in several modifications.

AHB makes high-quality tools. Wearing parts of tools are made of ductile iron; structural elements of core boxes, blowing plates, stripping plates and sub-presses are made of steel. On a contractual basis, the AHB company guarantees the life time of core boxes to at least 100,000 cycles. Upon request, the company's specialists are ready to develop technology for plastic or wooden tools.

Before shipment of core shooters it is carried out testing of core boxes with the production of cores. At this stage, if necessary, the specialists of AHB makes corrections to the core box (first of all, this concerns the system of exhaust vents). There is only one criteria for the readiness of the core box for shipment to the customer at the AHB company: the ideal quality of the core being manufactured at the minimum time for its shooting / blowing. Defects such as loosening of the cores by blowing through the splitting line, the presence of uncured places during blowing, surface defects in places of inflation - are not allowed in principle. The highest quality of the manufactured cores is the basis of the “management philosophy” of AHB Giessereitechnik GmbH. 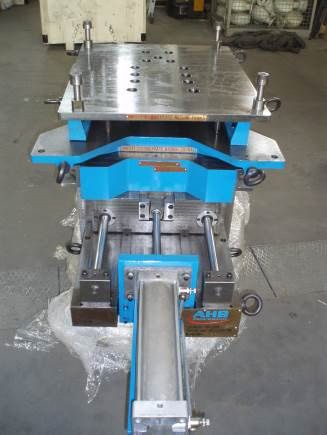 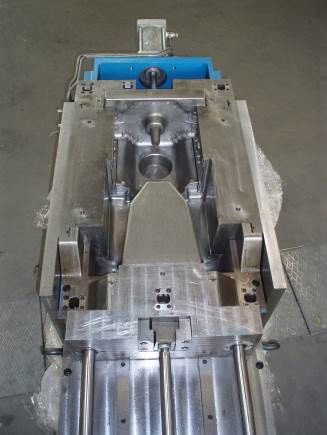 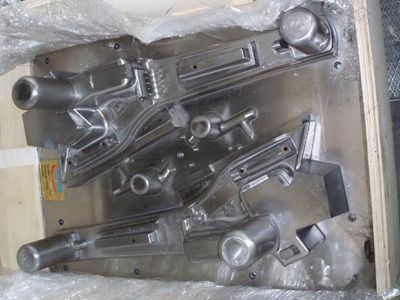 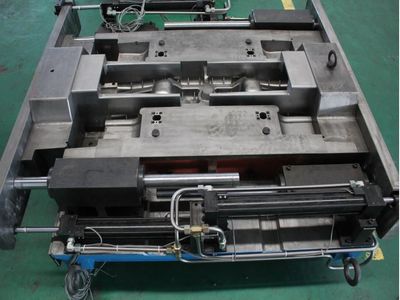 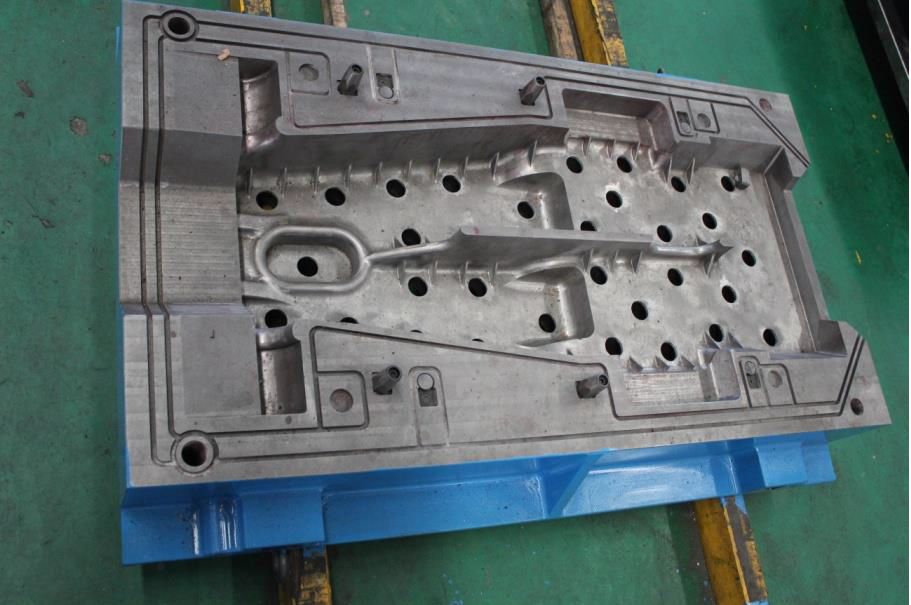 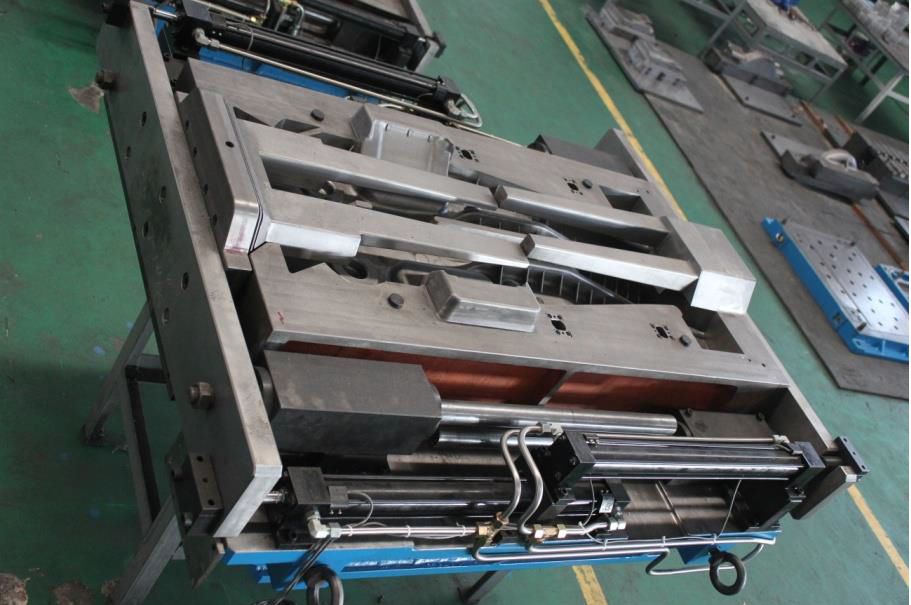 Gas generators are universal and can be used to work with all the main catalysts (hardeners) of Cold-box technologies: tertiary amines, methylformate, SO2, CO2.

Gas generators are designed for their operation with the whole range of core shooter machines manufactured by AHB. Depending on the volume of the core machines, gas generators differ in the capacity of the evaporator and the diameter of the hose connected to the blowing plate (0.5; 1; 1.5 and 2 inches). When operating gas generators in difficult conditions (low temperature in the foundry, for example), gas generators can be equipped with an additional heater.

For storage of liquid catalysts, there is a built-in 30 liters stainless steel flow tank. The basic version of the gas generator provides for refueling this expendable tank from transport 10 liters canisters using quick-disconnect transitional connections. It is possible to connect a central amine distribution station.

The high accuracy of technological settings and the economical consumption of expensive catalysts is ensured by the electronic weight dosage of the catalyst with a dosing accuracy of +/- 0.1 g, for which a high-precision non-contact mass flow meter is used. There is a proportional valve that allows for stepless adjustment of gas and blowing pressures in a wide range - from 0 to 0.6 MPa. When delivering a gas generator in combination with a core shooter machine, a core shoter machine control system is used to control the operation and adjust all modes of the gas generator (no “manual” settings on the gas generator itself are required). In addition to reducing the total cost of equipment, this solution without problems allows you to work out and save in the machine memory the optimal settings for each equipment. 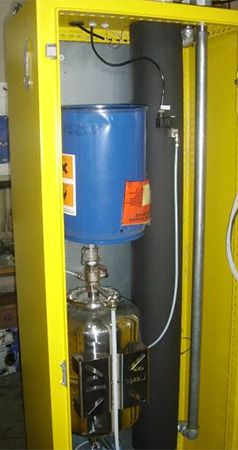 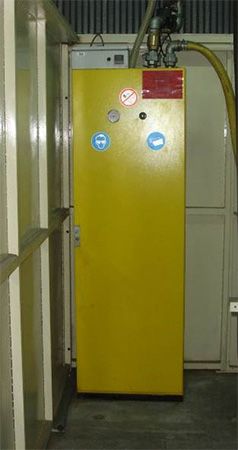 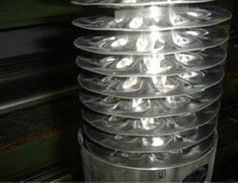 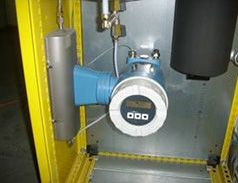 Sand preparation plants on the basis of a spherical mixer 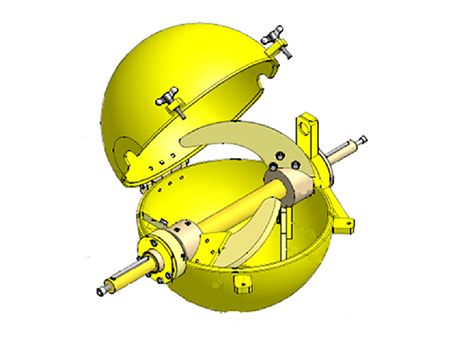 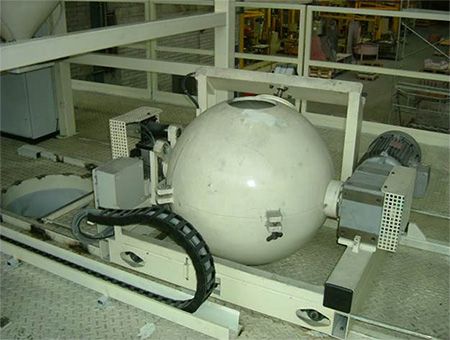 The AHB small-sized spherical mixers are ideally suited for the preparation of any type of sand-resin mixtures. A number of original ideas have been implemented in the design of this mixer, which, along with a very high quality mix preparation with a compact design, achieves very high productivity: depending on the model, the performance of the mixer reaches from 2.0 to 8.0 t / h.

The spherical mixer AHB is a sphere inside which a mixing element is located - on the horizontal shaft there are two twin blades.

The spherical bowl of the mixer is located on a transport trolley with an electric drive. In total, three motor reducers manufactured by BauerGearMotor (Germany) are installed on the trolley: for rotating the sphere around the horizontal axis, for rotating the mixing elements, and for moving the trolley with mixer along the horizontal plane. One of the main advantages of a spherical mixer is its mobility. One mobile spherical mixer AHB can serve up to 5 core shooter machines. 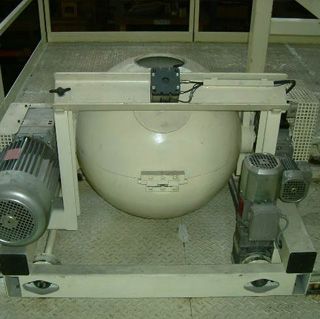 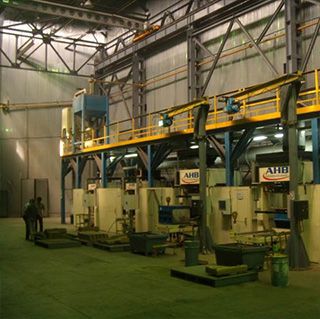 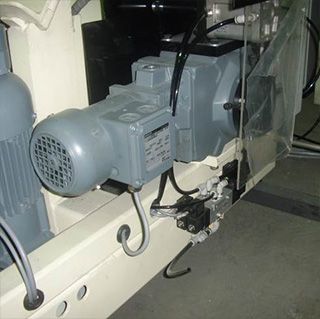 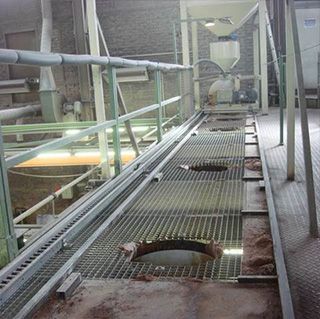 Having reached the set unloading position, the mobile trolley stops directly above the receiving hopper of the core shooter machine. After working the set time, mixing stops, the mixer opens, and rotates so that the unloading hole is at the bottom of sphere. The core mixture is downloaded out of the mixer, the drive of the mixing element is turned on for a short time, which allows you to quickly and without residue unload the entire prepared mixture into the receiving hopper of the core shooter machine. The capacity of the mixer is selected based on the required performance (2 ... 8 t / h); the weight of one batch is from 60 to 300 kg of the mixture.

Sand preparation plants on the basis of a bowl-shaped (semispherical) mixer. 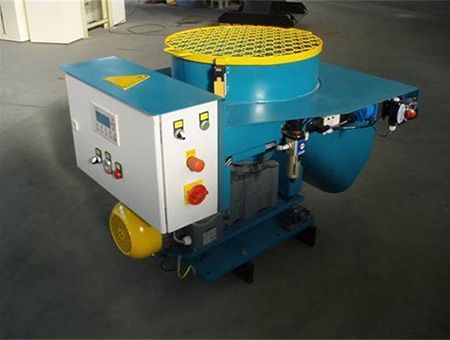 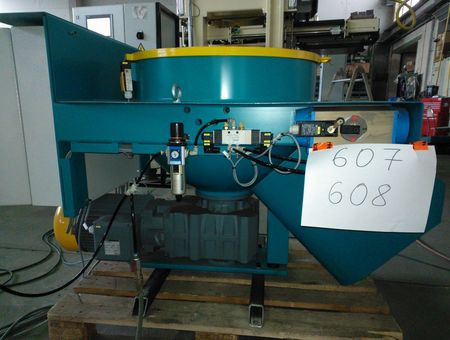 Small-sized stationary bowl-shaped mixers AHB were created to solve the problem of providing the core mixture with separately located core machines (“one mixer for one core machine”).

The completeness of scope of supply, including the supply of all necessary peripheral equipment, is one of the advantages offered by the AHB company to the customers.

The list of proposed peripheral, auxiliary and non-standard equipment can always be expanded in accordance with the requirements of the Customer. The following are some examples of equipment supplied by AHB to different plants, as well as demonstrated at relevant international exhibitions.

Preparation of the core mix: pneumatic transport systems with a capacity 3, 5, 8, 12 t / h and more; sand heating unit in the mixer hopper (mounted in the mixer hopper); a binder heating device in a shipping container; a device for the central supply and dosing of binders and amines (with and without heating); bag filters - dust collectors and etc.

In the near future, our specialist will contact you.
The approximate waiting time is 2 minutes.